Social, economic and environmental aspects key in the path to mitigating climate change

On April 4, the IPCC published the third and final part of the AR6 report. The first part, released in August 2021, explained how and why the Earth's climate is changing. The second part, published in February 2022, explored the impacts of climate change on humans and the planet. Finally, the third part discusses what humans can do to mitigate climate change. It assesses "the current state of knowledge on the scientific, technological, environmental, economic and social aspects of climate change mitigation" based on the literature published after 2015 when the previous IPCC AR5 report was released.

1. How different is the AR6 WG3 report from the previous versions of it?

2. What are the main findings? Where are we standing with the current mitigation actions according to the report?

3. How does the current GHG emissions distribution across different economic sectors look like?

4. What are the main directions for further mitigations efforts? 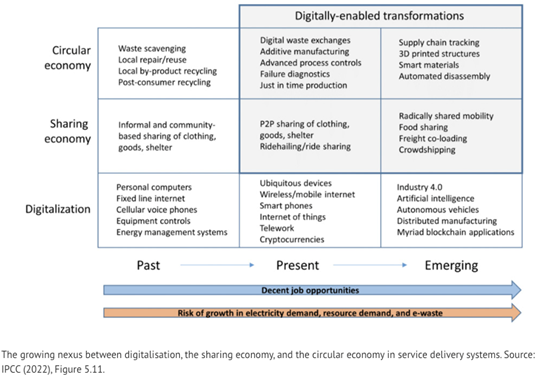 5. Where does the energy sector stand in the mitigation efforts?

This is the first IPCC report that explicitly mentions societal transformation as the key to achieving climate mitigation goals. Society has not progressed much in this objective because we have treated social aspects as secondary to the development of technologies. Targeting inequality, powerful fossil fuels lobbies and fossil fuel subsidies, undemocratic decision-making, and challenging the economic growth paradigm is crucial if we want fast progress in tackling climate change.