The one-week workshop was structured in two framing sessions and in four topical sessions held throughout the week and organized in such a way to support the collaborative work.

From November 30 until December 7, EERAdata hosted its “FAIR and Open Metadata for Low Carbon Energy Research” second series of workshops, to which more than 50 participants joined. The main goal: to collaborate on the “Advancing Metadata for Low Carbon Energy Research” community paper. For six work-intensive days, the EERAdata project leader and the leaders of the EERAdata use cases and community platform set up and facilitated sessions with the objective of enriching the discussions aimed at contributing to the paper.

During the first framing session, Valeria Jana Schwanitz, Professor at the Western Norway University of Applied Sciences (HVL) and EERAdata Project Leader, and August Wierling (Associate Professor, HVL) introduced the first version of the community paper to the participants and collectively discussed its structure, target groups, collection of contents, and notes. Attendees were then divided into three writing teams to jointly create and discuss content for the paper.

The first topical session, “EU policies & energy research taxonomies”, moderated by Maria Bałazińska from Central Mining Institute (senior researcher, GIG) and Mariusz Kruczek (senior researcher, GIG), explored the role of ontologies in constructing hierarchical metadata and organizing expert knowledge. During this session, attendees discussed the difficulties when trying to expand and link ontology islands. Participants also addressed the need for agreeing on community standards and terminology. The conclusions from this session serve as an illustrative example for the community paper.

The third topical session “Metadata user stories”, moderated by Manfred Paier from the Austrian Institute of Technology (senior researcher, AIT), Astrid Unger (IT specialist, AIT), and Michael Barber (IT specialist, AIT), aimed at understanding how users search, find, and re-use and request data. The session brought together practitioners from diverse backgrounds to explore how to match metadata design with workflows. The session also offered a review of metadata user stories and elicited typical user profiles.

The “Online art project – FAIR data & SDGs” was the fifth and final topical session of the second EERAdata workshop series. Facilitated by the artist Barbara Bellier, the session started the joint creation of a piece of art by which energy researchers and stakeholders can communicate perspectives on the need for high quality and FAIR data to reach SDGs. The artwork is work in progress and will be continued at the next EERAData workshop series coming up in about six months.

The EERAdata project furthermore participated in the Session “M4M Workshop: Making domain-relevant machine-actionable metadata at scale” of the International FAIR Convergence Symposium 2020. The GOFAIR initiative has so far organized thirteen M4M Workshops, and the most recent once (for VODAN Africa, DeiC and ZonMW) were reviewed in the first part of the session. This was followed by a focused discussion on a proposed M4M workshop for EERAdata consortium to be run in 2021. Such a workshop would be the first of its kind in the broader low carbon energy research community. August and Valeria Jana participated in the panel of the Convergence Symposium session.

The workshop was wrapped up by the second framing session on December 7. Valeria Jana and August summarized the work done during the previous week and presented the draft of the community paper. Next, participants continued working individually on specific sections of the paper or they joined one of the two writing teams, compiling a list of recommendations and drafting a roadmap for advancing metadata standards in the community. The submission of the community report is planned for early spring 2021.

Notes and recordings of the workshop sessions: EERAdata Wiki

In case of questions, you are also welcomed to contact the Communication Work Package leader of EERAdata, Maria Luisa Fernandez Vanoni (ml.fernandez@eera-set.eu). 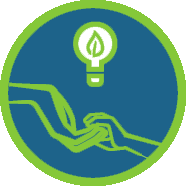